Providing well-written and expertly vetted physics problems is at the core of Expert TA. Each member of our deeply experienced team of more than 30 problem authors brings a unique perspective. These PhDs understand how the right touch of hints and feedback help improve students’ problem solving skills. Here are just a few of our authors. 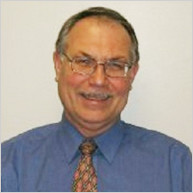 Prof. Ronald J. Bieniek is Dean of the Honors College at Marshall University, Huntington, WV. Dr. Bieniek was previosly founding Director of New Faculty Programs and the Learning Enhancement Across Disciplines Program of student academic assistance and development at Missouri University of Science and Technology (formerly the University of Missouri-Rolla). His scientific research is in the theory of atomic and molecular collision processes. In recent years, he has concentrated on educational and programmatic issues, focusing on methods to improve student and faculty success and satisfaction.

Bieniek received a Bachelor of Science degree in physics from the University of California-Riverside (1970). After a year of graduate study at MIT, he transferred to Harvard, where he earned a Master of Arts in history of science (1973) and Ph.D. in physics (1975). Bieniek strives to provide scientists and non-scientists with an understanding of the cultural interactions of science within the context of the history of ideas. He has been a Rufus and Sofie Paine Lecturer in Religion at University of Missouri-Columbia. He has served on several National Science Foundation panels and on the American Physical Society’s national Committee on Education. Bieniek has won three campus Outstanding Teaching Awards, many college Teaching Excellence Awards, and been appointed Dean’s Teaching Scholar for his educational impact and leadership. B.S. in physics (UC-Riverside), M.A. in history of science (Harvard, 1973), Ph.D. in physics (Harvard, 1975). 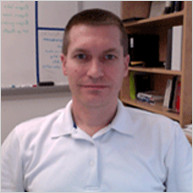 Dr. Bucklein received his B.S. in Physics and B.A. in Mathematics from East Carolina University. His Ph.D. in Physics and Astronomy is from Brigham Young University. Dr. Bucklein is currently an Assistant Professor of Physics at Missouri Western State University in St. Joseph, MO. He teaches algebra-based physics, conceptual physics, and astronomy. He is very interested in improving the quality of science education in our universities, and is a member of the Missouri chapter of the American Association of Physics Teachers and the Missouri Academy of Science. His research areas are varied, ranging from theoretical astrophysics to the physics of martial arts.

Dr. Burr received his B.S. from Jamestown College, M.A. from the University of Edinburgh, and his Ph.D. from Johns Hopkins. He has served as a consultant with the International Atomic Energy Agency, Educational Testing Services, National Science Foundation, and American Association of Physics Teachers for over 15 years. He has instructed physics students for over 50 years and has taught in several types of institutions of higher education across four continents. Dr. Burr has written, edited, and graded various physics tests for a variety of organizations. 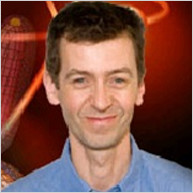 Dr. Capstick received his Ph.D. from the University of Toronto in 1986. He joined the FSU faculty in 1993 after post-doctoral research appointments at Oxford University, Carnegie Mellon University, and Jefferson Lab, a nuclear physics lab in Virginia. His research focuses on properties of excited states of baryons like the proton and neutron, and their strong and electromagnetic interactions. His recent work has been designed to complement the baryon physics experimental program at Jefferson Lab.

Dr. Colbert completed his undergraduate degree at Kenyon College and both a M.S. and Ph.D. in Physics at Lehigh University. He is currently Professor of Physics at Augusta State University in Augusta, GA. Dr. Colbert has over 20 years of experience teaching physics (introductory physics, electromagnetism, optics, quantum physics and mathematical methods) and has been extremely involved in the physics community through organizations such as the American Association of Physics Teachers and the American Physical Society. He has been on numerous committees to determine curriculum and improve physics education. Dr. Colbert has also been a reviewer for the National Science Foundation as well as an author for the PRAXIS test exam, GRE, PHYSLETS and many other publications. His research interests include atomic physics, as well as physics education and technology. 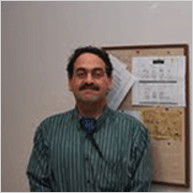 After graduating with a Physics M.S. in 1993, Mr. Hasty was a physics and mathematics faculty member at two Oklahoma universities. He returned to graduate school at Oklahoma State University (OSU) and obtained a Physics Ph.D. in 2005. Dr. Hasty is currently a member of the OSU physics faculty, where he typically instructs freshman physics courses as well as an inquiry-based physics course for education majors, and provides departmental teaching assistant training. 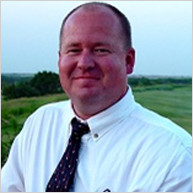 Dr. Loch is currently an associate professor at Auburn University. He has a B.S. in Physics and a Ph.D. in Physics, both from the University of Strathclyde in Scotland. He has taught introductory physics courses at Auburn, and has a strong interest in using innovative teaching techniques in the classroom. His research interests are in atomic physics, with application in astrophysics and nuclear fusion. 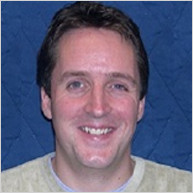 Christopher Moore received his Ph.D. in Chemical Physics from Virginia Commonwealth University in 2007. He joined the faculty at Coastal Carolina University in 2010 after working for three years as an Assistant Professor of Physics at Longwood University and several years as a high school physics teacher in the Richmond, VA area. He runs two research groups, one in the area of electronic materials and the other in physics education research (PER). His PER group develops techniques designed to improve the scientific reasoning patterns of non-science majors at the college level, and the development of post-formal reasoning in a research context with physics and engineering students. He is also interested in context-rich problems and the assessment of problem solving ability. 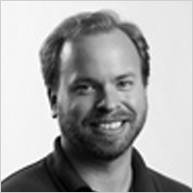 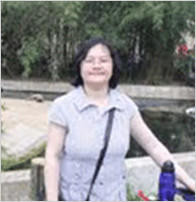 Dr. Ning received her Ph.D. in physics from the University of Minnesota in 2007. As a graduate student, she worked as a teaching assistant for 10 semesters, teaching undergraduate students of various majors, races, and backgrounds. She has lead undergraduate students in labs and recitations, written homework problems, and tutored students in office hours. In the process, she gained numerous valuable insights of how to design problems that can help students understand abstract physics concepts better. Dr. Ning’s research interest is in astrophysics. Her main work focuses on the heavy element nucleosynthesis in shocked carbon-oxygen layers and hydrogen envelopes of O-Ne-Mg core-collapse supernovae, which may explain the sources of the neurons in the universe. 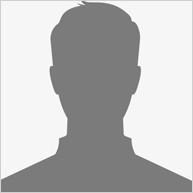 Matthew Obley earned his B.S. in physics from Franklin and Marshall College in Lancaster, PA. Since then, he attended graduate school at Auburn University where he was a TA for honors physics. He also served as the physics specialist for Alabama Science in Motion at Auburn University. As the physics specialist, he supported high school science teachers with laboratory activities and instructional support during the school year as well as teacher training and workshops during the summer. Most recently, Mr. Obley served as the Physics and Chemistry teacher at Geibel High School in Connellsville Pennsylvania. 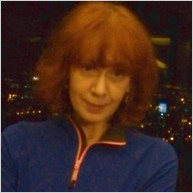 Dr. Borovitskaya received her Ph.D. in Physics and Mathematics from the Institute of Applied Physics of Russian Academy of Science in Nizhnii Novgorod, Russia. She worked as a Research Scientist at the Rensselaer Polytechnic Institute in Try, NY from 1998-2003. For the last 11 years, she has served as an Associate Professor in Physics at Temple University in Philadelphia, PA. She is also the author of the textbook “Fundamentals of Sound Science” and an experienced lecturer in all levels of physics courses, including conceptual physics, algebra and calculus based physics, and special courses for physics majors. 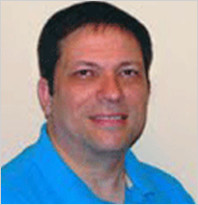 Dr. Michael B. Ottinger earned a B.S. (1991) and M.S. (1993) in Physics from Brigham Young University in Provo, Utah. He then earned a Ph.D. (1997) in Physics from The University of Texas at Austin. His primary fields of research are in Single Species Plasma Physics and Space-charge Effects in Particle Accelerator Beams. Upon receiving his Ph.D., Michael taught physics for three years at Truman State University in Kirksville, Missouri. Michael now teaches physics and mathematics at Missouri Western State University, where he is currently serving as Chair of the Computer Science, Mathematics, and Physics Department. He is the State Director of the Missouri Junior Academy of Science, which sponsors a statewide scientific research competition for Middle School and High School students. Before writing problems for Expert TA, Michael has authored instructor solutions manuals, co-authored an instructor resource guide, and worked as a problem solver and accuracy reviewer for several textbooks. Michael is married and has three children.

I like the idea of guiding students, giving them a little more information each time they ask for help. I also think they should get the right answer. I am big about partial credit. If they got a number wrong, they got a number wrong. But I also believe in giving them a lot of credit if they have the right steps. With Expert TA’s true partial credit grading system, instructors can do both.
Ellen Siem, PhD., Senior Instructor, Department of Physics, Southern Oregon University, Ashland, OR

With my students, I found that Expert TA was a way for them to help themselves, rather than seeing it as something that is just being assigned so they can get a grade. Initially, I set it up so they lose very little for clicking hints. I also gave them up to 10 different times to submit an answer. They are able to work through a problem on their own rather than being worried that asking for hints would get them a zero.
Matt Evans, Ph.D., Associate Professor of Physics, University of Wisconsin, Eau Claire