Dedicated to the Evolution of STEM Education

We’re a lively group of dedicated folks who live and breathe online education and the development of digital learning resources. We are strategists, educators, technologists, and applications specialists. We listen to our customers and deliver the features and functionality they need. We address challenges of an ever-changing landscape, and we love what we do. 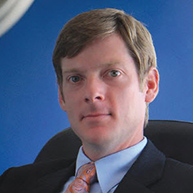 Jeremy Morton founded Expert TA on his vision for improving the way students learn physics.
Dr. Morton first identified and defined the market need for a technology that could offer human-like grading and tutoring interactions while working on his PhD at North Carolina State University. Dr. Morton developed the business concept and convinced his PhD committee that the rigidity of online homework systems was a solvable problem. He published his dissertation, which focused on Expert TA technology, later in 2006.

In 2008, Dr. Morton began the formal business development of Expert TA. He acquired first round of capital and launched the company as an LLC in late 2009. He has served as President and CEO since.

During his tenure, Expert TA has continued to sign up new customers. The company has successfully released new product features and enhancements in response to marketplace requirements. More than a dozen recognized leaders in physics education serve as problem authors for Expert TA.

Dr. Morton has forged significant relationships with industry partners including OpenStax College, the premier publisher of free online textbooks. Expert TA is a sustaining member of the American Association of Physics Teachers (AAPT) and a leading participant in industry conferences and events.

With more than ten years experience as a college instructor, Dr. Morton has a deep and growing understanding of how technology is used in the classroom. One of his goals, and part of Expert TA’s mission, is to continue to work with leading experts in education research to better understand how students learn. His vision for Expert TA is to develop tools that aid in this process.

Dr. Morton served for nine years as a full-time faculty member in the department of Mechanical and Aerospace Engineering at Oklahoma State University.

He taught a broad range of classes including Capstone Design, Heat Transfer, second level Thermodynamics, and Computer Programming for Engineers. He is a leader in curriculum reform as well as course development. Additionally, he serves as consultant to private sector companies, specifically related to development of technical software. 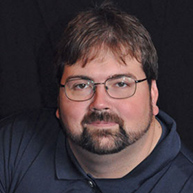 Daniel’s experience ranges from hardware and software engineering to team management with companies such as TanData, The Williams Companies, FW Murphy, Occidental Petroleum, and Interactive Collegiate Solutions. He has been an analyst, software developer, DBA, and chief architect on projects as varied as real time telemetry to critical alarming systems and leading edge SAAS architecture.

Daniel attended both Southwest Missouri State University and Langston University while working toward his B.S. degree in computer science. He has assisted in teaching advanced programming language courses at Tulsa Community College and is currently achieving certification as a Microsoft Certified Architect. He has been on the Dean’s Honor roll and received an Honors Diploma. He actively participates in the Dot Net users group and Java users group. 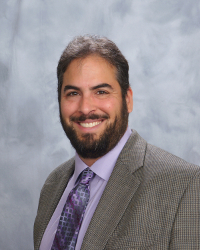 Dr. Rob holds a PhD in Physics with a minor in Mathematics from the University of Wisconsin – Madison in addition to a B.S. in Physics with a Minor in Chemistry from the University of Minnesota – Minneapolis. His area of specialization is High-Energy Physics emphasizing theory and phenomenology and building on thesis work of probing and constraining new physics by extending the Standard Model with effective-Lagrangian techniques. He additionally holds four Professional Certificates from the New York State Education Department (NYSED) for teaching Physics, Chemistry, Mathematics and Students with Disabilities.

After obtaining his PhD, Dr. Rob spent four years in the theory group at KEK in Tsukuba, Japan followed by an additional year in a research position at The University of Rochester. He spent the first decade of this century as a software engineer, first developing electrostatics modeling software for the semiconductor industry, and then working in a dynamics & controls group in a very multidisciplinary aerospace engineering environment. There was some adjunct teaching along the way, and then the second decade of this century was devoted to his true passion: education. After spending six years teaching in public and private high schools, he spent four years teaching in a workshop format at the Rochester Institute of Technology.

“As an educator, I value communication with my students, probing their current levels of understanding and giving frequent feedback such that they may assess their own progress towards their goals. I value the concepts of Universal Design towards making education accessible to all, and I have learned that inclusive education implies better education for all students. I enjoy working with The Expert TA creating resources that may benefit innumerable students for years to come.”

Dr. Rob’s publications are summarized at Inspire HEP. More information is available through his LinkedIn Profile. 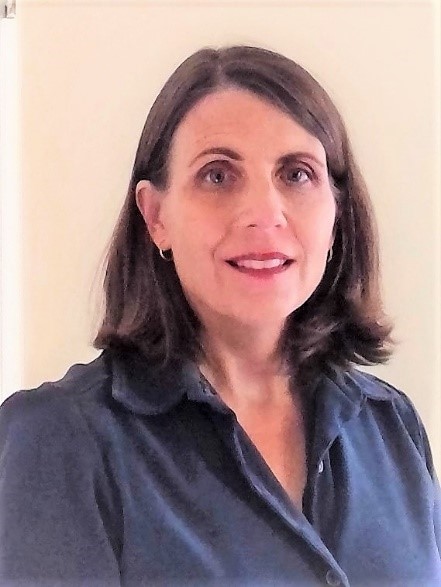 Kathy Blackett earned her B.S. in physics from the University of Michigan-Dearborn, and her Ph.D. in experimental particle physics from the University of Tennessee. Her dissertation involved searches for photoproduced mesons with exotic quantum numbers. In 1996, Kathy accepted a position as a postdoctoral research associate at Brookhaven National Laboratory, where she continued studies in light quark spectroscopy. Following the postdoc, Kathy worked in the private sector as systems engineer and test engineer for AT&T Local Services.

After taking some time to care for her children, Kathy’s career took a turn to teaching math and physics. She has taught at the University of South Florida, St. Petersburg College and Eckerd College. Kathy is passionate about science and is an active outreach volunteer. She has served on the steering committee for the St. Petersburg Science Festival for many years, and currently volunteers for NASA as a Solar System Ambassador.

Kathy is very pleased to be a content author on the Expert TA team. 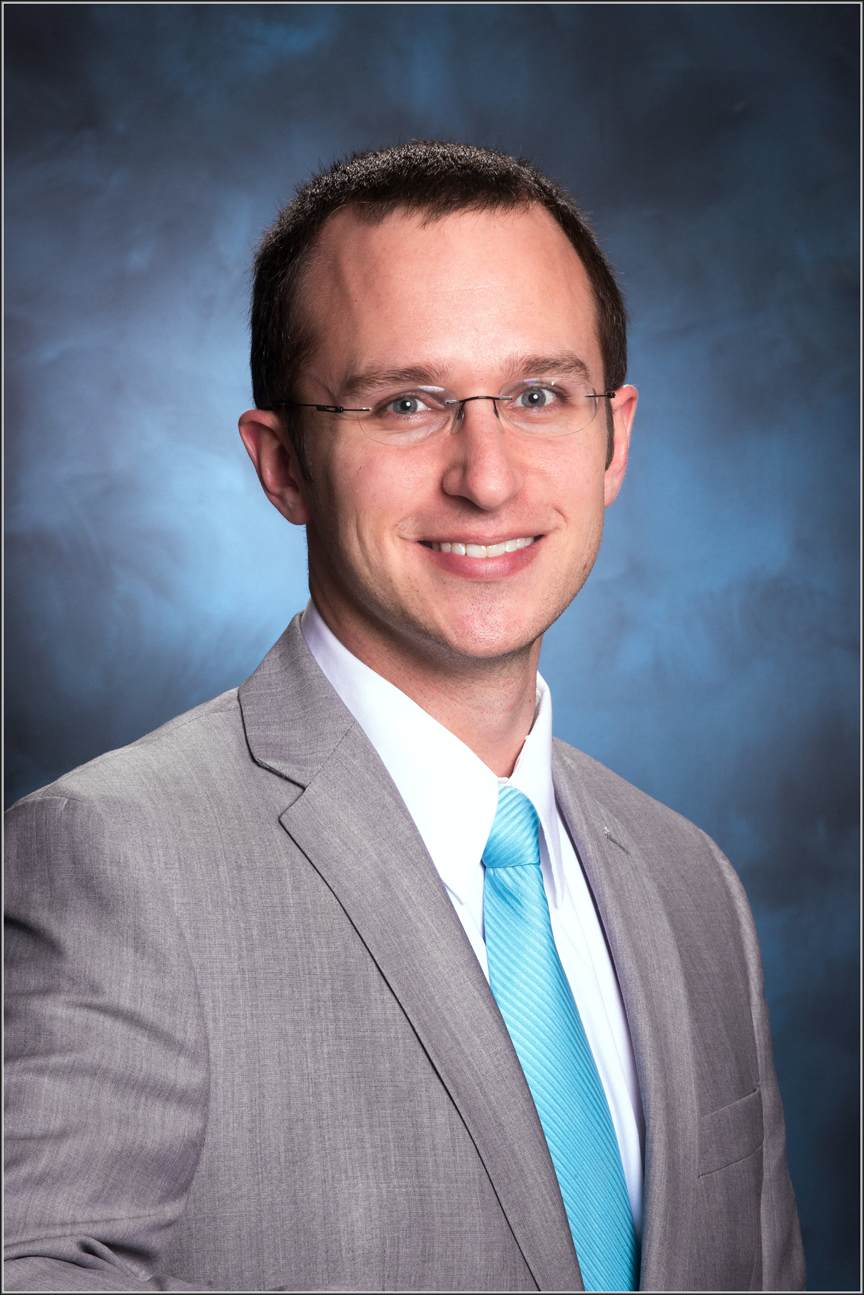 Dr. Jason Smolinski earned his B.S. in physics with an astronomy concentration from Central Michigan University (2005), and his M.S. and Ph.D. in astronomy and astrophysics from Michigan State University (2011). He worked as an assistant professor first at the SUNY College at Oneonta and then at Calvin University in Grand Rapids, MI. During this time he taught introductory physics, introductory astronomy, and upper-level astronomy courses. His research interests focused on globular star clusters, and he has a strong interest in public outreach and pedagogical development. In his spare time, he trains bonsai trees, collects coins, and plays golf. 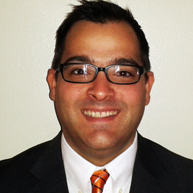 Robby White grew up in Oklahoma. After graduating highschool in 1997, he did 2 years of undergraduate work at Baylor. He transferred to Oklahoma State University where he earned his first degree. He also earned a B.A. in Journalism/Marketing from the University of Central Oklahoma in 2003. After college, Robby joined ONEsite.com. He was vital to the company’s success in both a sales and business development capacity, bringing on clients such as Marvel, Hasbro, Activision, WD-40, Capcom, WWE, among others. He shifted his focus to ed-tech in 2014, joining Expert TA and becoming a revenue champion. He is now a part of the leadership team and is vital to the company’s long-term growth and success. 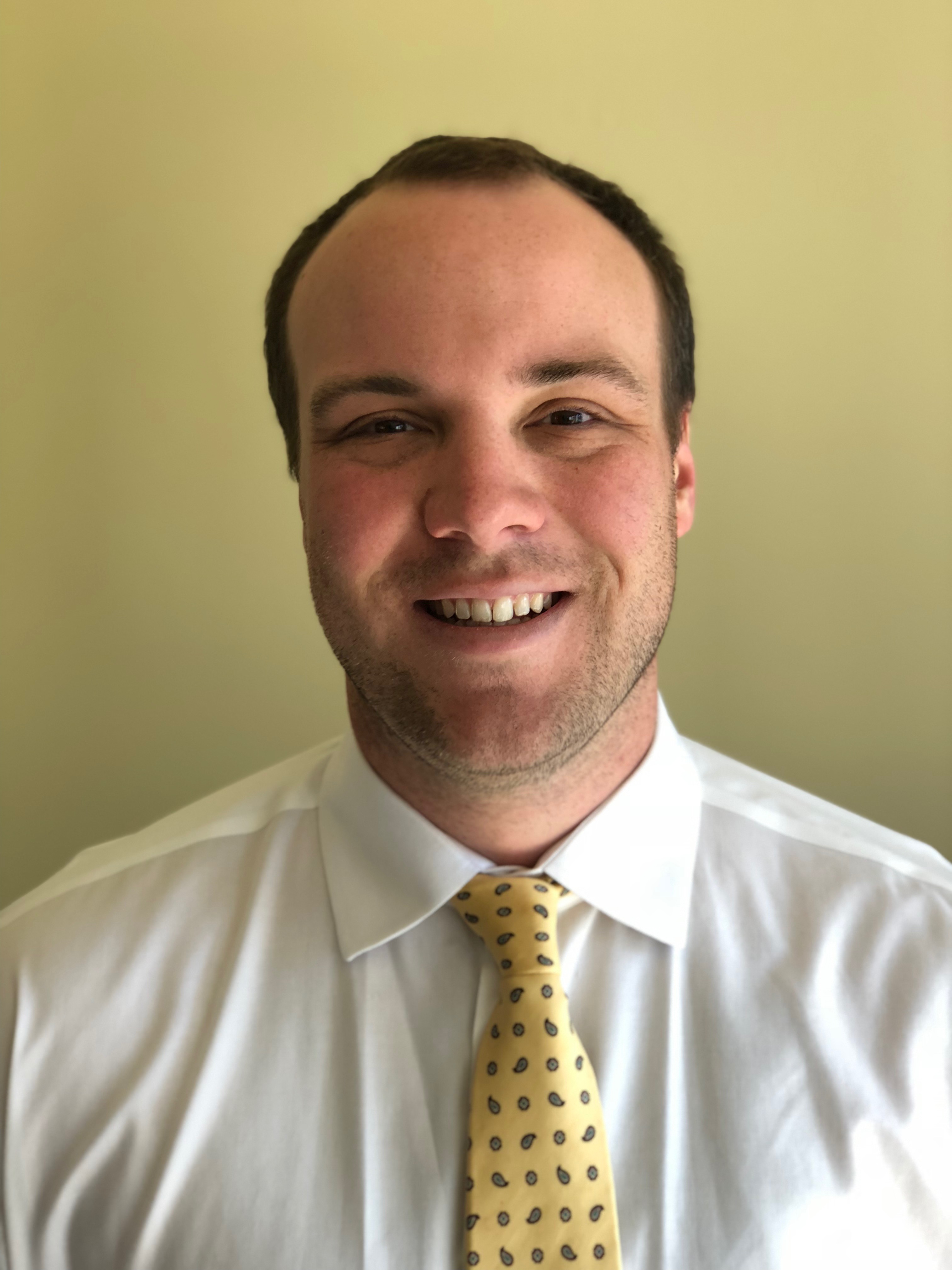 Jack Cameron earned his B.A. degree in Advertising at the University of Oklahoma in Norman. He started his professional career in brand development and marketing. He was also employed by the OU Student media team helping to manage key accounts for many of the campus publications. He become aware of the importance of customer relationships and retaining those with a long-standing history of supporting the university through paid ad placements.

He is passionate about math and sciences, sports and travel, and family and friends. Before joining the Expert TA team, he was a successful technical sales and account manager for ANSYS Simulation Software in North Texas. ANSYS is an industry leader in the Computational Fluid Dynamics, Mechanical, and Electromagnetics Simulation space with end customers in various industries. He joined the Expert TA team in 2017, and he carries his desire to innovate and help contribute to the company’s bottom line in a multi-faceted capacity. 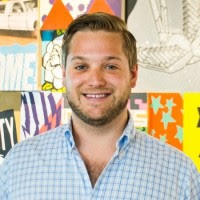 Spencer is originally from the Kansas City area, and earned his B.A. in Business Marketing with a concentration in Entrepreneurship from the University of Kansas. He has spent his professional career in sales and consulting roles across industries such as tobacco, employee benefits, and Software as a Service, most recently joining the Expert TA team in 2020. His primary focuses at Expert TA are in cultivating new partnerships with instructors and departments, as well as managing ongoing relationships with current users.

Spencer is passionate about providing high levels of service and care while creatively solving problems, and greatly enjoys collaborating with others. In his personal life he loves to spend time with family and friends as well as his faithful canine companion Dexter, and can often be found reading a book in a hammock in his backyard. 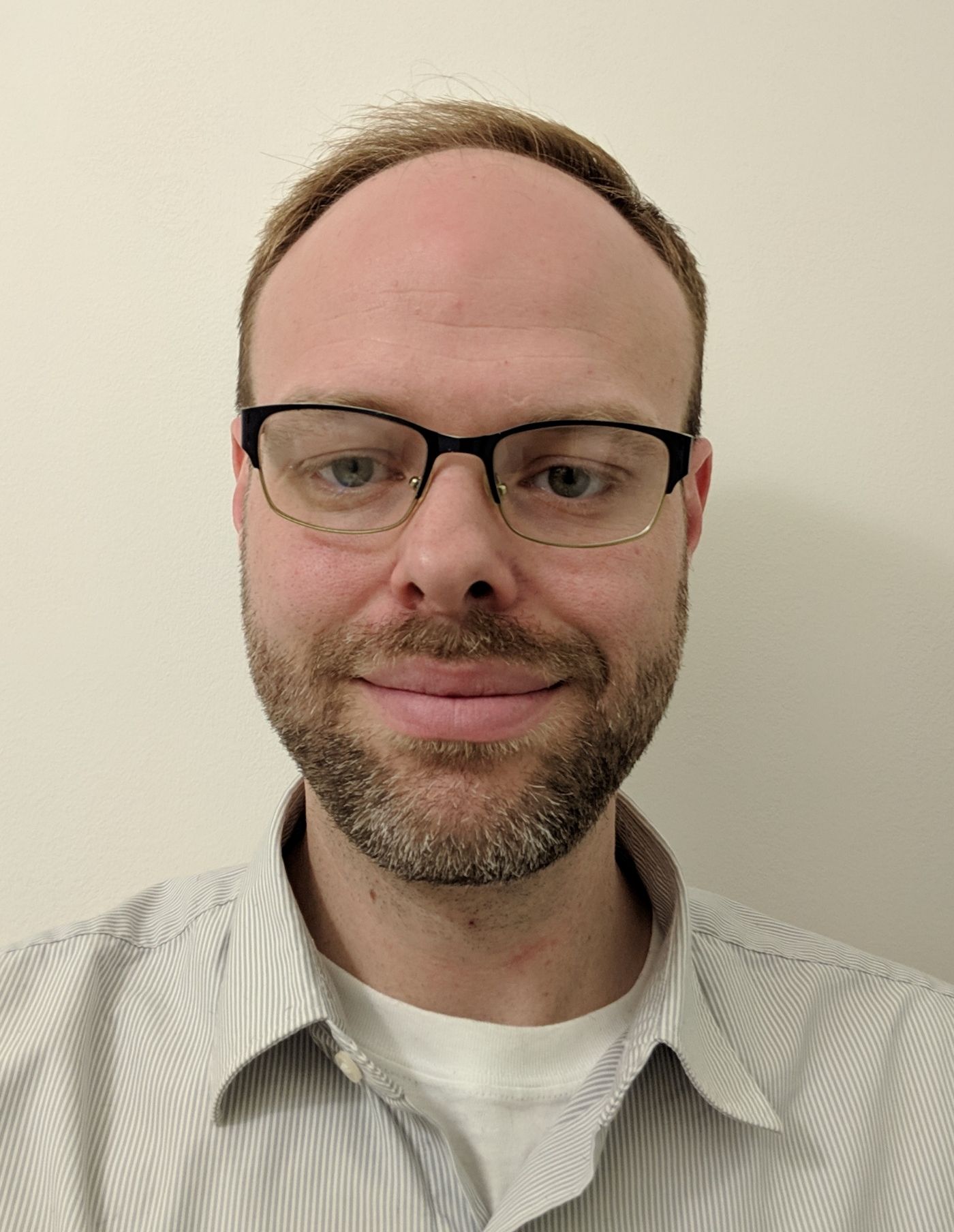 Paul Boody is an accomplished educator and world traveler. He is originally from the Tulsa, Oklahoma area. He graduated with an International Business degree (B.S.) in 2008 from Oklahoma State University – Tulsa, with a focus on marketing and management. After graduation, Paul studied Japanese intently by living and working in Japan for nearly ten years. There he was as an elementary school educator, and mentored students on both American language and culture. His primary interests revolve around electronics, music, travel, and science. Paul has been with Expert TA since 2017, and goes above and beyond the call of duty daily. He loves being part of a team that is passionate about education, technology, and customer success.

Lee Younts
Sales Advisor and Member of the Board of Directors

Lee Younts delivers more than 10 years of engineering and customer experience to Expert TA.
With a B.S. in Mechanical Engineering from North Carolina State University, Lee has focused his professional career in the utility and energy sectors. He has held leadership roles in sales and business development at Progress Energy, a Fortune 500 energy company, and Utility Service Agency where he is integral in the growth and development of the company. 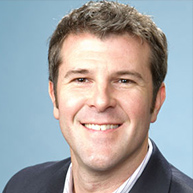 Expert TA is easy to use, provides great value, and gets the job done at a better price; it really does a good job. The problems are a cut above what I have seen in other web-based homework. They are more complex and detailed. They have more different parts and each one of the problems addresses another aspect of physics.
Hector Mireles, Associate Professor of Physics, California State Polytechnic University, Pomona, CA

I went with Expert TA because I had been using a publisher’s system and all of the answers to all of the questions were available on Google.
Simon C. Capstick, Ph.D., Associate Professor, Department of Physics, Florida State University, Tallahassee, FL